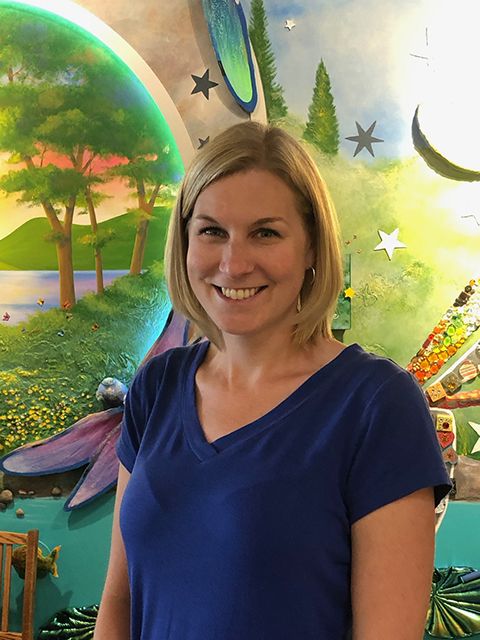 Carrie Melillo joined the Crescent Cove staff as its Engagement Coordinator in September 2019.

Carrie began her career in television, spending five years producing news and entertainment TV. Her love of animals then led her to the mission-driven work that has become her passion. She served as Communications and Public Relations Strategist for Animal Humane Society for eight years, and most recently as Communications Manager for PRISM, a nonprofit organization providing food, housing and clothing to those in need.

After taking a short break to spend some quality time with her children, Carrie knew it was the right time to return to work when she learned about the incredible work of Crescent Cove. She’s thrilled to be assisting with the organization’s fundraising and communications to support Crescent Cove kids and families.

Carrie grew up in Winona, MN and now lives in Plymouth with her husband and two daughters. She loves spending time outdoors, being active with her family, petting every dog she sees, and binge-watching her favorite TV shows.