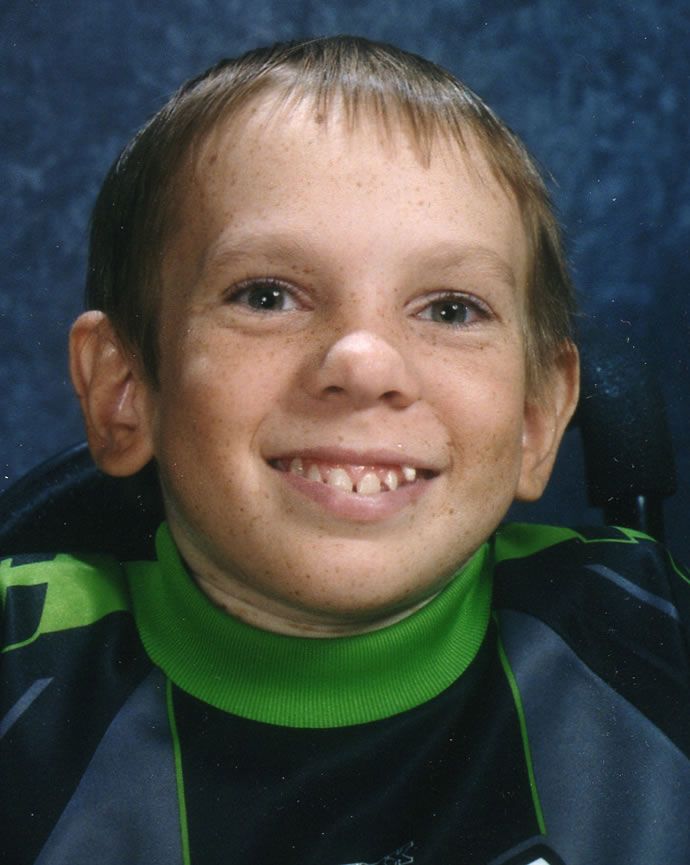 “Can we have a party on Friday night?”

My son Michael’s life was cut short at the age of thirteen by a rare disease called Schimke Immnuo-osseous Dysplasia (SIOD), a rare genetic syndrome. Michael’s experiences inside and outside the medical community revealed it was not only a fight for Michael’s life but for the life of our whole family.

The road to Michael’s eventual diagnosis of SIOD was a complex journey of appointments, consultations, emergency rooms and hospitalizations. During those years, the medical environment became our home away from home. At one point, Michael was in the hospital at the same time as my husband, Michael recovering from a successful kidney transplant and my husband a mitral valve replacement. Only months later, I, myself, was hospitalized for a double mastectomy after an untimely breast cancer diagnosis. By this point in the winter of 2005, we felt like we had been through it all. In fact, we were wrong.

Further tests revealed that Michael needed a bone marrow transplant and during a minor pre-transplant procedure, Michael’s heart stopped, ultimately suffering a massive stroke. As a family we never left his bedside, holding on to the shreds of hope while doctors searched for answers. Two weeks later, the end-of-life transitional team was called in to what is now palliative care. Tearfully, we started saying good-bye to our hero.

Although the hospital provided everything we needed medically, the sterile environment lacked what we desperately needed to meet our emotional and spiritual needs. Our then 17-year-old daughter joined our night and day vigil at the hospital, so we asked the hospital where a family such as ours, grieving a traumatic turn of events, could stay to rest and mourn openly with extended family. All that was offered was a hotel blocks away with a discounted rate of $99 per night. We booked a room at that hotel, primarily for our daughter’s sake, but spent little time there. It was simply too far away from our dying son at a time when even steps away were too far.

10 days after the initial surgical crisis, Michael went to heaven on March 10, 2005. A pediatric hospice home like Crescent Cove would have provided a more conducive nurturing place for us with Michael in his last days, outside of a cold dreary hospital room. It would have fully supported our entire family’s human experience inside the critical medical experience.

I founded a campaign called Be The Change (BTC) as a result of our life with Michael. BTC represents the return of the patient family perspective in healthcare. Through presentations and blogs, BTC serves as a bridge between board rooms, waiting rooms and exam rooms encouraging dialogue, which forms new partnerships with healthcare providers outside of medical crisis.

I have taken volunteering to the next level by sharing our real life medical experiences and the impact it has had on our human experience. The Be The Change campaign does not only represent my family’s experiences, however, but the experiences of many others, which invites each one of us, in our own way, to Be The Change.

My family, continuing Michael’s legacy as the original change maker, gives a resounding “yes” to Crescent Cove’s campaign and fully supports this type of pediatric hospice facility. It will provide necessary well-rounded care for Minnesota’s ill children and their families when the unthinkable happens. We always stand in hope of a cure, but we must be ready when there isn’t one.